The 2016 presidential primaries of both political parties have exposed deep fissures in our society and in our politics. It’s a reality that requires a measured and carefully drawn national conversation about the country’s future. These divisions will inevitably shape any policy that emerges from the next president and Congress — from tax to energy, from environment to financial issues. 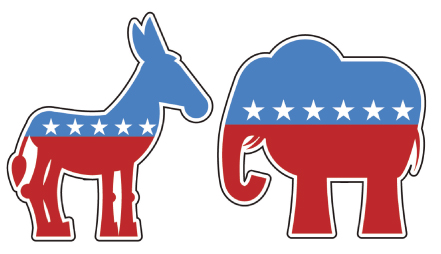 Take some of the back and forth among the candidates as normal political hyperbole and with a grain or two of salt. Political rhetoric is to be expected in any campaign, but this campaign has brought more voters into the process in unprecedented numbers, and when the dust settles, there will be a political bill due.

The rhetoric and even the hyperbole does expose the political and social forces that are shaping the campaign and will inevitably shape the policy that emerges from the next Congress. Big policy change is coming, and the propane industry needs to prepare for the inevitable political paradigm shift that may occur depending on outcomes. Politics and policy, it seems, will never be totally the same after 2016.

What does all this mean for the industry? I believe it is not too early to take a look at the various scenarios that could emerge in 2017 and beyond, depending on political outcomes. Ideologically driven outcomes could upset the status quo more than the normal switch in party control.

The Clash of Ideologies
In this scenario, an ideologically-driven candidate wins the presidency and the other party wins control of Congress. This model would suggest ongoing political and legislative stalemate and legislative and regulatory status quo outcomes. For propane, it could suggest incremental extensions of important tax incentives. While legislation that totally transforms the IRS and brings tax code reform might be proposed, enactment would be problematic, suggesting that voting for political polar opposites in 2016 would probably lock in gridlock until the mid-2018 terms.

One-Party Rule
In such an election the voters would choose to move in one political direction.

Scenario No. 1: The GOP Wins It All
This scenario could threaten the renewable and clean-fuel energy tax incentives, which have no support within the current House and Senate GOP leadership and with at least one of the GOP front runners. The House speaker is philosophically opposed to any incentives that “skew markets” and create “uneven playing fields.”

But corporate rate cuts could be a trade-off for the end of the clean-fuel tax incentives and adjustments to the current MLP tax status of the majors.

What should the industry do? If the industry wants the tax incentives for motor fuel to continue, organize in Washington and at the grass-roots level with common industries, building strong coalitions with the other clean fuels. An ideologically-driven Congress with little appetite to socially engineer energy policy and bent on getting rid of the IRS will be hard to stop. Building a formidable coalition will be critical to just maintaining the status quo.

The industry will have to decide what is our best option for growing market share — tax incentives or lower tax rates?

Scenario No. 2: The Democrats Win It All
The GOP favors corporate tax cuts; the Democrats favor targeted tax breaks. Propane could have opportunities in a Democratic Congress to leverage new technology — expand credits for over-the-road and forklifts to lawn mowers and CHP (combined heat and power) while also trying to lock in the corporate rate cuts at the same time — the Democrats will look to lock in individual rate cuts first.

What should the industry do? Organize as an industry. Build outside coalitions too, but the industry may want to organize a strong technology coalition — not unlike the old Propane Vehicle Council — but with a bold, imaginative agenda, taking into account all the technologies the industry has developed in the 20 years the Propane Education & Research Council (PERC) has been in existence. This could be the opportunity of a generation to leverage PERC’s hard-fought R&D and commercialization strategies.

Divided Government
In this scenario a non-ideological candidate wins the presidency and the Congress is divided.

This scenario, while not dramatic, does offer opportunities for modest market successes.

What should the industry do? Organize internally and externally — deals will be possible but only the serious players will play. Forming a new technology coalition will get the industry in the game.

A New Politics or Business as Usual?
The industry, like the country, is at a crossroads. Substantial voting blocs in both major political parties are demanding outside-the-box thinking from candidates. The propane industry should demand no less from its members, its leaders, and its advocates. All industries need to have a serious internal conversation on how they can leverage the opportunities that may be presented in 2017 and beyond.

The propane industry has a unique opportunity not shared by many industries. While it is one of America’s oldest and most established industries, it has reinvented itself over the past 20 years as a fuel of the future — a high-tech clean fuel with numerous applications. It now needs to exploit these trends. Certainly, the over-the-road motor fuel tax incentives need to be defended, but these incentives apply to only a small part of an increasingly complex industry. There is much more product available than there was 20 years ago and the industry needs to decide how best to leverage public policy to promote it.

Depending on election year outcomes it will need to decide on a policy plan to either leverage the tax code, seek more federal funding or regulatory relief, or choose the best mechanisms and tools to achieve these objectives. The industry may need to trade old established policy ideas for new approaches. But that seems to be what the voters are asking of their politicians — a new politics — a new paradigm.