Be Prepared For Congressional Midterm Elections Skip to main content

Be Prepared For Congressional Midterm Elections

Joe Colaneri
Wednesday, April 25, 2018
By Joe Colaneri … Every year March brings the inevitable rites of spring—baseball spring training, NCAA college basketball, the Academy Awards, and in some years the Southeastern Convention. And every other year another consequential rite takes center stage — America’s biennial national soul-searching, otherwise known as the congressional midterm elections. Every U.S. House seat, one-third of the Senate, numerous governorships, and state and local races coast to coast will command the attention of pundits, politicians, and the public. One part system reboot and two parts catharsis, the election does help shape the future of a president’s first or second term, the next national elections two years away, and the shape of public policy. It’s a chance for voters to either affirm their support of the last two years, order a mid-course correction, or deliver a sharp rebuke to the party in power. The midterm results often act as a harbinger of what is coming two years hence. 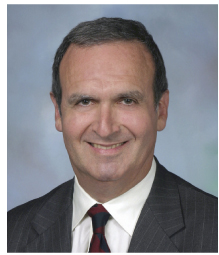 But the more things change, the more they stay the same. Let’s take a look at some traditional midterm trends and guideposts, examine how they all fit into a political continuum, and how the propane industry can, in these seemingly unprecedented times, take advantage of the seeming chaos.

The Laws of Political Gravity
History does provide clues as to what we can expect in 2018 — the circumstances of the moment can exaggerate these trends, but historically these norms have been pretty good predictors of electoral outcomes and presidential agendas at the two-year mark of a new presidency.

Rule 1. The president’s party, if in the majority in Congress, almost always loses House seats in the first congressional midterm. Although not the majority party in the House in 1982, the GOP lost nearly 30 House seats in 1982, Reagan’s first midterm. The Democrats lost over 50 in Clinton’s first midterm, and over 60 in Obama’s. In 1994 and 2010 the House changed control from Democrat to Republican. The Senate flipped from Democrat to Republican control in 1994. This trend doesn’t necessarily mean that the presidency will change hands in the national elections that follow two years later. It does mean, however, that the president’s agenda must inevitably begin to reflect the message sent by the voters or risk congressional stalemate.
Rule 2. The president’s major legislative agenda — the big-picture, big-ticket items — is generally settled business for his entire term after his first year in office. Reagan enacted major tax reform in his second term, but Reagan won a 49-state landslide in 1984, and the largest popular vote in history, and that tax reform took almost two full years to pass. Generally, after year one what you see accomplished in a presidency’s policy is what you’re going to get for the rest of the term. Think back. How much did George W. Bush accomplish legislatively after year one? Clinton? Obama? Not much in practical terms. Even with Reagan, popular though he remained throughout his presidency, Congress spent much of the next seven years significantly changing much of his signature 1981 tax bill — not adding to it — until the 1986 tax reform bill came along.

President Trump has all but conceded on Obamacare repeal and replace in 2018, and the infrastructure proposal in its current form has been almost entirely forgotten. There isn’t much political appetite for immigration reform or on Dodd-Frank. Small-ball bipartisan reforms will probably pass, but nothing that really changes the trajectory of that law. Members of Congress will keep the lights on and government will remain open from March 23 until the end of September, then repair to the hustings to campaign, remaining outside Washington more than inside until after the election.

A Tale of Two Congresses
Does all this mean that it’s time for all stakeholders to pack it in and lay low until 2019? It does if they are willing to let their competition tee up initiatives for 2019 and work the Congress and the administration for smaller, but no less important, targeted initiatives in 2018 — be they legislative or regulatory. From 30,000 feet this Congress will probably not be considered memorable or historic. The tax-reform bill will slowly but inevitably come under intense oversight and possible amendment in the next Congress, assuming a Democratic House or Senate victory, or both, in the midterms — the same for healthcare and immigration reform.

President Trump has exhausted most of the major executive orders he has planned, but he and his senior staff are open to discussing others that help his base, Trump Country, the voters in the Rust Belt who elected him. This is propane country and there would be strong support within his administration for a serious conversation with the propane industry on issues that for years have formed the core of the industry’s legislative and regulatory agenda.

No administration going back to Reagan has been this receptive to, or this politically dependent on, a constituency so central to its future. President Trump and this Congress need political and legislative wins, and in a country this closely politically divided, every constituency counts. An opportunity this fortuitous for propane may not come along for a generation. So while headline legislation may not command much more attention in this Congress, there is the opportunity to capitalize on the value that Trump places on the base that elected him and the constituencies represented within that regional and political base.

Keep Your (Political) Friends Close and Your (Political) Enemies Closer
Time for a political reality check: 2018 is looking like a tough GOP year. That’s not set in stone yet, but the trends are clear by tracking historical trends. No stakeholder group can sit tight and wait for the blue wave that may be coming. It may be time for all industries to take stock of their current economic circumstance, how government can impact it, and plan a legislative agenda that accounts for all political possibilities. The GOP legislative game plan going forward seems more static than dynamic, if any of the aforementioned and referenced laws of political gravity still hold. The real legislative drama and energy will come from the Democrats should they assume control of just one house of Congress.

Here’s a snapshot if the Democrats win the House. Expect a total freeze on President Trump’s legislative agenda in Congress, except for the executive orders he could issue; strong congressional oversight of all administration programs and priorities, departments, and agencies; and the introduction of new aggressive policies that will provide the impetus into the 2020 national elections: an alternative tax-reform program amending some of the Trump tax-reform bill; another run on health reform changes, this time on Democratic turf; a fully funded infrastructure proposal, including clean-energy infrastructure; a Rust Belt jobs initiative aimed directly at Trump Democrats; regulatory reform that embraces a good deal of Trump’s base, clean energy regulatory initiatives, and immigration reform.

For propane, the leap from Trump’s policies to the elements of a Democratic policy program would be challenging but need not be a bridge too far, and it could — and should —  be viewed as an opportunity. Propane’s energy competitors, including natural gas and other clean energies, are already on the Hill working both sides of the aisle. When the bell rings in 2019 they will be ready, and propane, which is vastly superior for many energy applications and touches Trump voters and traditional Democratic constituencies, needs to be at the table, first in line, and best in class.