Women In Propane: Passion For Trucks Leads To Career In Transportation

Karen Massman VanAsdale
Friday, December 11, 2020
Angela Branchi’s passion for trucks has guided her from early days at Cal Gas Transportation to her current role as senior vice president of the NGL division at Grammer Logistics. From her home base in Wilmington, N.C., Branchi helps navigate the transportation company’s operations and growth strategy after last year’s acquisition of her previous company, Sterling Transport Co. 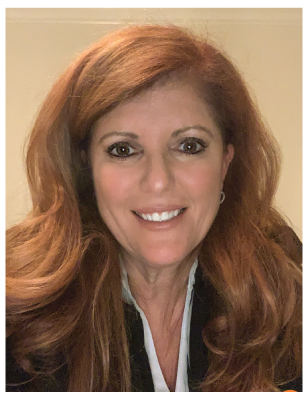 At 22, she took a job as a transportation clerk in Cheyenne, Wyo., at Cal Gas Transportation, which later became AmeriGas. “I never had any intentions of getting into the trucking industry, but I answered an ad and evidently found my passion,” she said.

For the next 20 years, Branchi navigated her way through various roles at AmeriGas, eventually managing the Northeast after spending years managing Western truck operations. Along the way, she moved to Houston and met her husband, Christian, who also worked for AmeriGas. In 2005, the couple moved to North Carolina where Branchi spent seven years at Werner Transportation Services before they sold to Crestwood, then moved on to Sterling Transport where she spent another seven years. In both roles, she was instrumental in helping grow the companies before they were sold.

“I’ve done everything that you can imagine, whether clerk, office manager, payroll, supply rep, rail, pipeline, but my true passion was in trucks,” she explained. “I like the ability of talking to drivers. I’ve had drivers who I’ve known for 30-plus years who I still keep in contact with. It’s like a family. Drivers know my kids’ names. My kids know my drivers’ names.

“In my current role, I don’t have as much time to spend with the drivers as I have had in years past, but I always try to make time for them when they call,” she said. “Drivers are the heart and soul of our industry and put in countless hours on the road. They sacrifice a lot of time away from their families. We take great pride in the job they do every day.”

In the early days of her career, most of the business was based around retail propane, which came with its seasonal challenges, Branchi said. Her roles evolved once the U.S. shale revolution opened up giving the industry a much-needed boost to help provide a more year-round business; butane blending followed a few years later. With this product mix, it’s allowed for a more consistent flow of work.

At Grammer Logistics, Branchi takes “a 10,000-foot view” to strategically focus on the equipment and operations side of the business. The company provides bulk hazardous material transportation services with more than 20 facilities strategically located near major chemical production hubs across the country. More than 500 drivers and owner-operators support more than 2000 delivery points serving 500-plus customers.

One of her primary responsibilities involves managing all of the NGL transportation needs. “Anything that goes in an MC 331 in the NGL side, which is about 250 units, nationwide,” she said.

The past year and a half have brought many challenges integrating the two companies, plus the challenges of managing COVID-19, but Branchi remains focused developing and growing Grammer Logistics’ workforce. She takes great pride in mentoring her staff as she was mentored in her early days.

Finding a work/life balance isn’t easy, Branchi noted, but having Christian in the same industry helps. “It’s nice to have a husband who understands the level of time that’s involved. But I do have to say, he’s somewhat of a workaholic, as well.”

The couple enjoys spending time with their son and daughter who live together in Charlotte, but come home regularly to visit, and with other family members who are nearby. “We always enjoy sitting around the table enjoying good memories and conversation,” Branchi said.

They also spend a lot of time outdoors including boating and fishing. “We both enjoy exercising—which is a necessity—if not, the stress would get to us.” — Karen Massman VanAsdale

Kim Furphy Understands HR is ‘Not Just the Warm and Fuzzy’
People
Alicia Stavitzski Brings New Ideas to Regional Gas Company
With no prior knowledge of propane, Stavitzski stepped into a new position in 2019 at Heller’s Gas
People
Women In Propane: WINLPG Winner Knew An Energy Career Was In Her Future
Marcela Rosado Orellana knew as a teenager she wanted a career in the oil and gas industry.
People
Women In Propane: Career In Energy Industry Has Come Full Circle
“Own your own life. Don’t let anyone tell you you can’t.”
People
WLPGA Announces LPG Woman Of The Year, Young Woman Of The Year, and First Outstanding Achievement Award