Steve Relyea
Wednesday, October 2, 2019
While many people who operate fleets see electronic driver logs (EDLs) as a burden, Lon Holloway sees EDLs as tools that help increase profitability. An EDL, he explains, gives him data that helps him determine when the truck needs preventive maintenance. That, in turn, helps him avoid the costs of breakdowns and unplanned repairs. 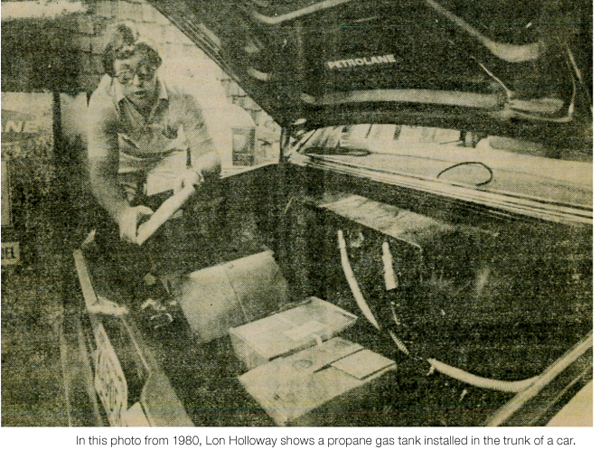 “If you’re not using all or most of the new technologies, you’re leaving money on the table,” he says. “You don’t have a lot of control over the cost of propane, but you have many ways you can control your expenses. If you do a real good job of that, you will make money.”

Holloway’s embrace of new technology and continuous improvement has served him well during a propane industry career that is now in its 51st year.

He began his career in Texas. Holloway grew up on a farm in east Texas, in a family that included his parents and six kids. “I have always been proactive,” he says. “I was taught that you had to work for what you got.”

ENTERING THE INDUSTRY
When the man passed away about a year later, his son invited Holloway to work at Petrolane, where the son was a manager. So, Holloway entered the propane industry at the age of 17, in 1969. (In March 2019 he celebrated his 50th year in the industry.) The Petrolane branch sold any appliance that would go in a home and employed four service technicians and an electrician. 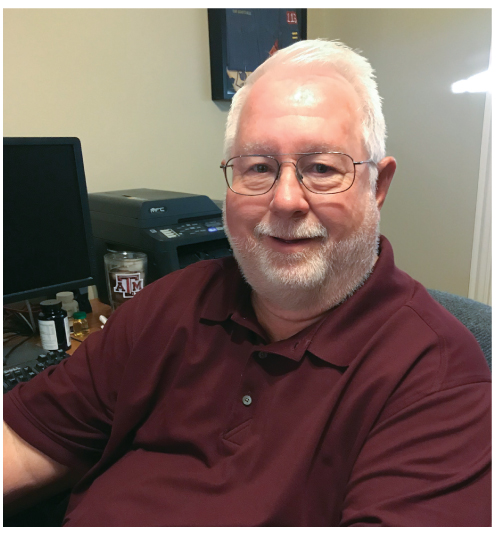 “My job was anything that no one else would do,” Holloway says. “I moved furniture, took out the trash, and did anything else that had to be done.”

Once, as a driver, he worked an 82-hour week. “That was a full week,” he says. “You know the saying, ‘You have to make hay while the sun shines’? Well, you have to deliver propane when it’s cold.”

He worked his way up, becoming a service technician, a service manager, and then a branch manager. By around 1972, at the age of 21, he was running a $1.25-million operation and had 14 people working for him. He was the youngest manager in his Petrolane region at the time.

When he became manager, he was able to reward the trust placed in him by an employee of a local bank. When Holloway was 17 and had just started working at Petrolane, he went to the bank to try to get a loan for a new car. When the employee learned Holloway was only 17, he told him he could loan the money only if Holloway’s father would cosign.

“I said, ‘No, sir, there are eight people in my family. My father has a full plate,” Holloway says.

Impressed, the employee asked when Holloway’s birthday was. When told he would turn 18 soon, the man said he would make the loan, but both he and Holloway would be in the hot seat if he got caught. 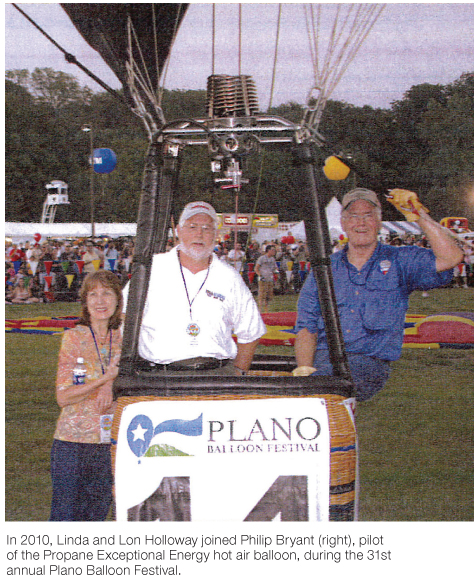 “When I became manager at Petrolane, we financed all appliances, and I took that business to him and that bank.”

TURNAROUND SPECIALIST
After Holloway had been running that branch for a time, Petrolane asked him to take over a branch in Louisiana that was failing. The company proposed that he move there and see if he could save it; if it failed, he would still have a job elsewhere in the company.

Holloway accepted the challenge and moved to Louisiana. While there, he noticed that one of the employees enjoyed competing in cooking contests. Holloway asked him to cook lunch at the branch and then he went out and invited commercial accounts to come eat with them for free. He invited them to bring their friends, too. Inviting people to these lunches helped grow the business, and the branch picked up both commercial accounts and retail accounts. Soon, that branch that had been failing was making a $100,000 profit.

“I always had a knack for talking to people,” Holloway says. “You can’t just sit in your office and wait for the market to knock on your door; you need to go out and get it.”

That is something that is as true today as it was then, he adds. “Houses only need electricity and water. You need to call on the home builders and sell them on gas. For them, it’s an additional expense. The marketer must know why a builder should add gas. One example is the fact that when it is below freezing outside, a heat pump blows air that is less than body temperature. Another example is the fact that an electric water heater is one of the most inefficient appliances in the house. It runs whether you are using hot water or not.”

Petrolane then asked him to do the same with a store in St. Petersburg, Florida. He did. “I became known as the guy who turns around stores,” Holloway says. During his time with Petrolane, he would be named operations manager of the year and sales manager of the year.

AUTOGAS CONVERSIONS
While in St. Petersburg, he began converting vehicles to propane. When Petrolane decided to open a conversion facility in Tampa, they chose him to run it. Next, he was sent to Atlanta to run the vehicle conversion operation for the entire Southeast. Among the vehicles Petrolane converted to propane was a fleet of trucks owned by Lockheed. “One of the best compliments I ever got was when a guy at Lockheed told me, ‘I don’t know who you have doing conversions in Atlanta, but they should be building aircraft.’”

When Petrolane and Suburban Propane merged, Holloway was able to choose to live anywhere in the area. He moved to Denton, Texas. He was then technical service manager in carburetion and eventually led that operation in three of the company’s five territories.

After 27 years with Petrolane and the subsequent owners of that company, Holloway grew tired of all the traveling that was required. He moved to Northwest Propane Gas Co. (Carrollton, Texas), the largest independent propane marketer in Texas and one of the largest in the country.

Today, Holloway has been with Northwest Propane Gas Co. 23 years and is sales manager. He also chairs the Texas Propane Gas Association (TPGA) Technical & Standards (T&S) Committee that serves as the go-between between the industry and the Texas Railroad Commission. Previously, he has served as president of TPGA and as a member of the board of the Propane Council of Texas (ProCOT), the state entity that represents the Propane Education & Research Council (PERC).

THEN and NOW
Over the years, he has seen many changes in the industry and many new technologies come into use. “Many things we take for granted today weren’t always there,” he notes. He named several examples:

Air conditioning in bobtails: “Today, the first thing a driver writes up on a truck is that the air conditioning not getting cold fast enough. They write that before they mention the brakes! I remember when we had no air conditioning, except that push-out vent in the roof of the cab.”

Emergency shutdowns: “These are now found on both transports and bulk plants. If there’s a problem, you can shut everything down with the push of a button.”

Degree days calculated electronically: “We used to do it with a pencil. Degree days has been so successful, a lot of companies still use it for residential customers. A family uses a constant amount of fuel. Other than that, the assumption is that at 65 degrees, people turn on the heater. That’s the only variable—a number of hours below 65 degrees. That allows you to estimate as close as possible to the ideal delivery.”

Tank monitors: “These tell you what the customer has, so you can make that ideal delivery. If it’s a 500-gallon tank, you want to deliver 300 gallons; you don’t want to deliver 100 gallons three times. To reduce your overhead, you have to increase your average gallons per delivery. Your truck is one of your most expensive commodities, so you want to make it more efficient and make it last. Cutting down on miles does both.”

CONTINUOUS IMPROVEMENT
These new technologies have increased comfort, safety, profitability, or other aspects of the business. Just as he has adopted these technologies, Holloway says, he has also remained open to selling new products and doing business in new ways.

“I often hear people say they do things a certain way because that’s the way it’s always been done,” he says. “But you have to be willing to change. Quit doing it the way you’ve always done it; you need to keep improving.”