ThompsonGas on Its Strategy Behind Creating an Enduring Company

In 1946, Lloyd and Dortha Thompson added propane cylinder exchange to the products and services they offered at their general store in Boonsboro, Maryland.

Seventy-five years later, ThompsonGas is still rooted in the same local farming community, but has grown into a national propane retailer serving hundreds of communities in 22 states across the country. Strategic acquisitions and organic growth have fueled the company’s expansion.

ThompsonGas added eight propane retailers to its family of companies in 2020 and has already closed on two acquisitions in 2021. Over the years, each of the leaders of ThompsonGas made contributions that led to this growth, according to J. Randall (Randy) Thompson, a third-generation leader who is now a board member for the company.

“From my grandparents, to my parents, to me, to today’s [current] team, we have endeavored to create a lasting company,” he said. “This is an evolving organization that hires the best people and takes chances on things. If we make mistakes, we learn from them and move forward.” 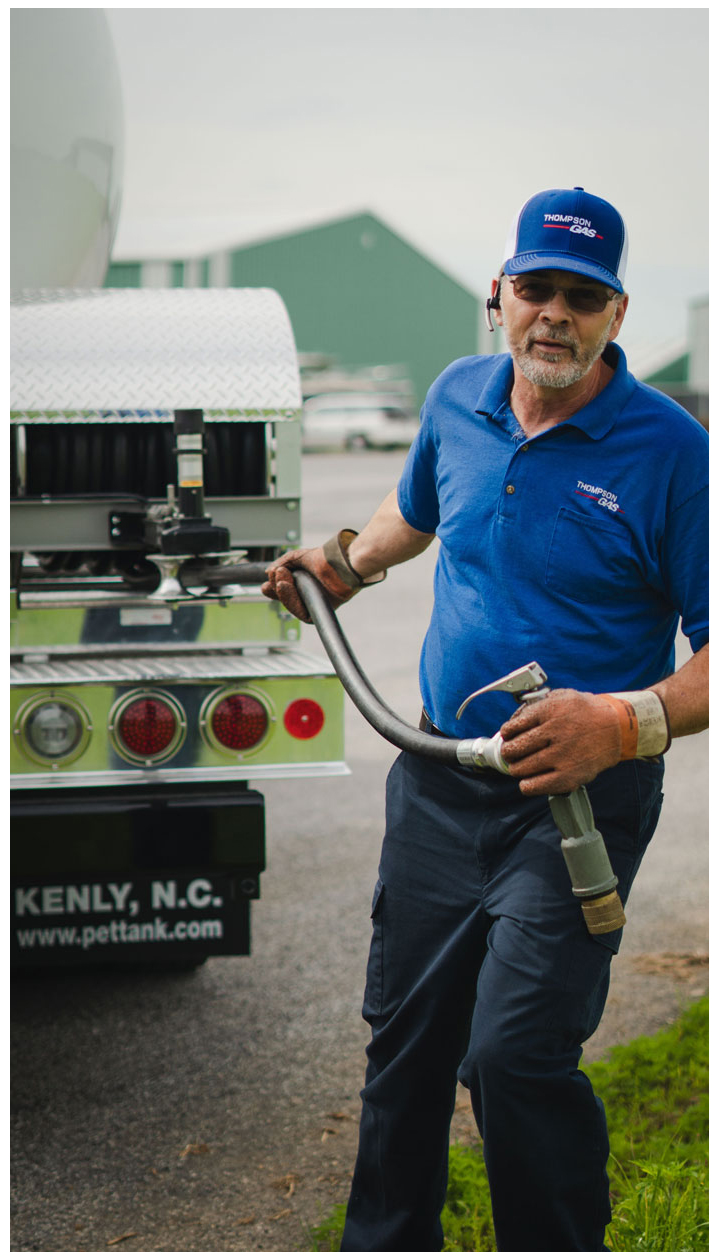 The Evolution of ThompsonGas

One early step in the evolution of ThompsonGas was controlling its own bulk storage. Lloyd and Dortha became propane retailers the way many others did; they partnered with refiners of gasoline products who offered to put them into the propane business by supplying them with the product and then collecting 25 cents per gallon sold.

“It was almost like a franchise,” Randy Thompson said. That changed in the late 1940s or early 1950s, when Lloyd Thompson decided to implement bulk storage. “That way he could buy his own, keep the product and be his own master,” Randy Thompson explained.

Another step was taken during the second generation of leadership. Jim Thompson, son of Lloyd and Dortha, expanded from selling propane appliances, which was a good driver of propane demand, to also marketing electric washing machines and refrigerators. “Up until I joined the company in the late 1990s, the revenue came more from appliances than from propane,” Randy Thompson said.

Under the leadership of Jim Thompson, the company also made its first acquisition in 1982, buying a small local business that only handled cylinders, had no bulk storage and purchased its propane from ThompsonGas.

Thompson recalled, “Eventually they came to my father and said, ‘Why don’t you buy our business?’” The number of acquisitions quickly accelerated when the third generation of leadership took over. In 1996, with Randy Thompson at the helm, the company made its first geographic expansion by acquiring a company in Pennsylvania. This doubled the size of ThompsonGas and made it a multi-branch company.

“I knew this would be the first of many acquisitions for the company,” Thompson said. “You can’t be in two places at once, so you need strong leadership and people you can trust. I knew I would need to grow the business exponentially to attract talent.”

In the 25 years since, the Thompson family appliance business would eventually go away, but the propane business would remain and continue to grow. During that period, ThompsonGas has acquired another 45 propane retailers, with more than half of those acquisitions occurring in the past five years, and has successfully established its presence as a national propane retailer. Thompson attributes the company’s success to three things:

In each of these cases, selling is a way to exit the business. ThompsonGas works with the owners and offers a variety of ways to make the transition. “We pride ourselves on being flexible,” Thompson said. “Because we are a private company, we can do for sellers what public companies can’t do.” “We keep the company after it’s acquired and weave it into the ThompsonGas culture,” Thompson explained. “That’s the key to building an enduring company.” 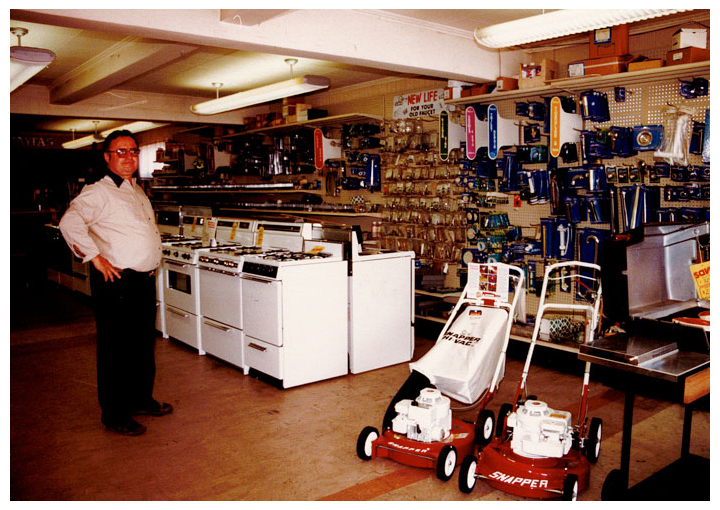 Today, in its 75th year, the company is focusing on additional projects that will help it withstand the challenges to come. The company is now led by Jeff Kerns, a 25-year company veteran who was appointed chief executive officer in 2018. Randy Thompson is now a senior advisor to ThompsonGas LLC and is past chairman of the National Propane Gas Association (NPGA).

One of the company’s current projects is the Green Gas Initiative. ThompsonGas founded this to educate communities about clean energy and the solutions provided by propane. The company also will embrace the unified environmental messaging campaign that is now being developed by NPGA and the Propane Education & Research Council (PERC). 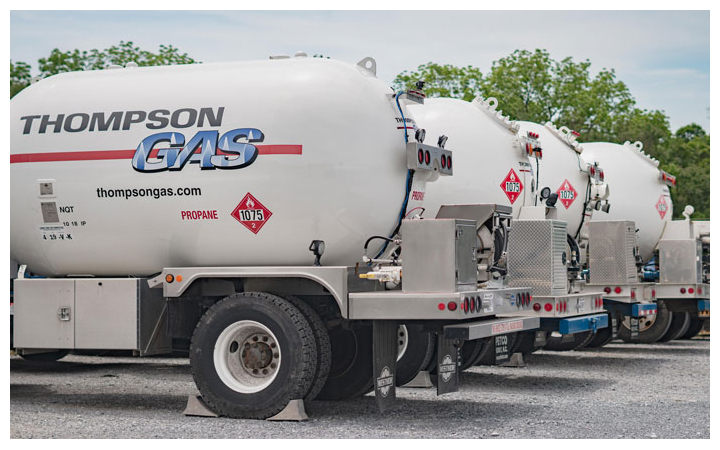 “We’re sensitive to the environment and focused on renewables,” Thompson said. “In some states, you can’t get a seat at the table unless you claim a renewable element.”

Another goal is increasing the market share of propane. Here, one opportunity is adding the tried-and-true gas water heater to homes where a propane company already has a tank on the premises for another appliance.

“A water heater is going to use a known amount of propane, and the company has already made the investment in the tank,” Thompson said. Another area for growth is motor fuel. “Taxis, police cars, ambulances … any type of fleet or operation where an engine has to come back to a centralized location is the magic sauce for autogas,” Thompson said.

ThompsonGas also continues to work to organically expand its base of loyal customers. Cultivating those customers who are new to propane is one way to do that. “Certain companies have a mentality to grow by taking customers from others,” Thompson said. “The only way to do that is with pricing, and if you do that, those customers will later leave you for pricing too. The customer who stays with you the longest is the one you cultivate from not having propane.”

Doing what’s right for customers is another way to build loyalty. “We constantly strive to do the right thing,” Thompson explained. “That makes customers want to continue to do business with you.”

Insurance
Don’t Shoot the Messenger — Insurance Premiums Are Up
3 reasons for the increasing costs and 7 ways to mitigate their effects
Marketing
A Midyear Propane Supply Update
Amid a pull of propane exports to Asia, U.S. marketers consider 2021-2022 decisions
California Marketers Set Goal of 100% Renewable Propane
Inside the WPGA’s 2030 commitment and why it’s the industry’s ‘moonshot’
Feature Articles
Enbridge Line 5 Partially Closed Amid Continued Study of Infrastructure
Insurance
What's the Greatest Risk Your Company Faces?
Reduce the risk of a cyberattack on your company with a cyber liability policy
Design by Adaptivethemes.com