Steve Relyea
Thursday, February 21, 2019
Consumers in the Northeast have been moving away from fueloil and many are instead using propane to heat their home. Estimates released by the U.S. Census Bureau show that, between 2012 and 2017, the eight states and federal districts with the highest percentage growth in the number of occupied housing units in which the most-used heating fuel is in the “bottled, tank, or LP gas” category are in the New England and Central Atlantic PADD regions. (“This category includes liquid propane gas stored in bottles or tanks that are refilled or exchanged when empty,” the Census Bureau explains.) 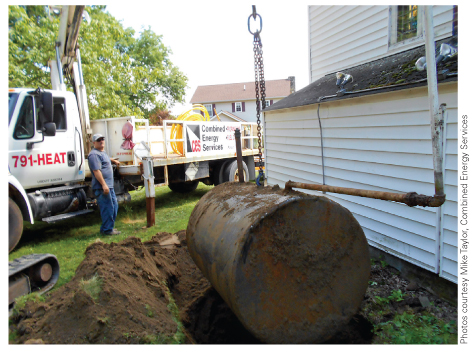 These regions reported gains during a five-year period in which, overall, the number of occupied housing units in the United States where the most-used heating fuel is propane declined 2.3%. In 2012, about 5.80 million housing units were using propane for house heating, according to the Census Bureau’s 2012 American Community Survey 5-Year Estimates. In 2017, about 5.66 million housing units were doing so, according to the 2017 American Community Survey 5-Year Estimates, which were released in December 2018.

In seven of the eight states and federal districts where propane has made the greatest gains, the “fuel oil, kerosene, etc.” category has a much greater market share than it does nationwide. (“This category includes fuel oil, kerosene, gasoline, alcohol, and other combustible liquids,” the Census Bureau explains.) In these areas, fueloil/kerosene/etc.’s market share ranges from a low of 16.8% in Pennsylvania to a high of 62.4% in Maine. Nationwide, its market share is 5.1%. In these seven states, fueloil/kerosene/etc. has also lost market share, with losses since 2012 ranging from 3.4 points in Pennsylvania to 8.1 points in Maine.

There are many reasons why propane is making such large gains in the New England and Central Atlantic PADD regions, three propane professionals from the area told BPN.

“Ripe for the Picking”
“I’d say those figures are fairly accurate,” said Stephan Chase, president and CEO of Fuel Services Inc. (South Hadley, Mass.). “The Northeast is the last remaining bastion of heating oil, so it is ripe for the picking.”

Chase’s family-run business offers both fueloil and propane as well as HVAC service in western Massachusetts. He said the growth in the number of propane-heated houses in the state is coming from both oil-to-propane conversions and new construction.

Customers who convert from oil to propane usually do so when they need new equipment, and especially when they must replace their fueloil tank. Because Fuel Services offers both fuels, company staff explain the differences and let the customer decide. One competitive advantage for propane is all the other things it can do for home comfort and outdoor living.

There is a lot of new construction in the state, too, and it is using either natural gas or propane. “Very few people, when building a new home, use heating oil,” Chase says. In outlying areas, beyond the mains, builders use propane.

When customers have a choice of fuels, whether it be for new construction or new equipment for an existing home, Fuel Services explains the advantages of propane. “We have talked people away from going to natural gas,” Chase said. “We explain that we are a family business, we have our own service department, and if a customer is ever unhappy with a propane provider, there are alternatives.” 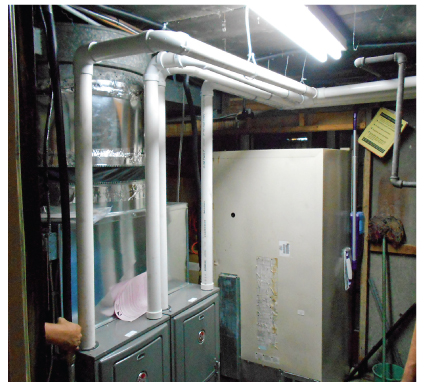 Dealers, too, are helping propane grow. “More and more oil dealers have gotten into propane, so of course that is making people aware of it,” Chase said. He made the move about 10 years ago, adding propane to the heating oil Fuel Services Inc. already offered. The company began delivering propane in June 2009.

“We had a lot of customers that were also using propane and we were losing them to companies that handled both oil and propane,” he said. “We also saw the margins; we didn’t realize the tremendous outlay. But we made the investment and our staff were willing to get trained and certified.”

Chase also credits the Propane Education & Research Council (PERC) and the industry associations for helping promote propane. He noted that PERC provides incentives for customers to switch to propane and comes up with material dealers can use to promote it. The associations, too, help promote the product.

“That has had a great deal to do with the growth,” he said. “As long as we promote propane as an option that provides home comfort, we will continue to see this growth.”

“We definitely see people moving away from heating oil,” he told BPN. “Whenever there is a home sale, the buyer will often want to see if there is a tank in the ground or if it has been removed. Heating oil tanks are a huge taboo.”

Many oil tanks in the state were installed in the postwar years and lack cathodic protection systems, Taylor explained. Having been underground all these years, they can leak and cause ground contamination that must be reported to EPA. Leak-checking the tank, too, can cause an old, corroded tank to leak. Removal can easily cost $10,000 to $40,000 if contamination is found.

“We sell both heating oil and propane gas and we see this as an opportunity,” he said. “We actively solicit conversions to gas. It’s been a good niche for us.”

He added that propane is cleaner, requires less maintenance, and offers greater flexibility. It also offers the greater efficiency of gas appliances. With the storms and power outages that have struck the East Coast in recent years, there’s also been great interest in propane-fueled generators. CES staff let these customers know that once they have a propane tank for a generator, they can also use propane appliances to dry clothes and heat water.

“We personally aggressively hunt oil-to-gas conversions as it’s easy picking at decision time when their heating system is at the end of its useful life,” Taylor said. “I’m all about putting that money into a new, reliable, high-efficiency gas heating furnace or boiler — let us take care of the tank outside. Saves them money in the long run.”

Flexibility, Price Stability, Reliability
Shane Sweet, executive and technical director of the New York Propane Gas Association (NYPGA), says there are many reasons why propane has been gaining ground in the state as a house heating fuel. Two are the price of its competitor — fueloil — in many rural areas and the greater flexibility of propane.

“Having roots in both the heating oil and the propane side of the industry, my sense is the price volatility of heating oil is something consumers are sensitive to,” Sweet says. “Propane provides greater flexibility as to its practical applications in homes and businesses and its retail price is less volatile. When the old boiler has to be replaced, the flexibility, price stability, and reliability of propane tends to encourage the move to propane.”

That flexibility of propane as a fuel in the house means it can be used for not only heat, but also hot water, clothes drying, outdoor grills, patio heating, and hot tubs, Sweet said. He also gave some other reasons why propane is chosen for replacement appliances or for new construction. Consumers likes gas appliances because they believe (correctly) that they require less maintenance. In his experience, retail energy marketers that sell both propane and fueloil provide the option to convert oil customers to propane; marketers find propane customers are more “sticky,” or loyal to their marketer, than fueloil customers. Builders like propane because the capital outlay for tank and piping are often avoided given the propane marketer supplying the fuel provides them at no cost or low cost. New residents who have moved to a rural area from a more populated area served by natural gas relate to propane because they are accustomed to gas in general.

“In the rural Northeast, propane retailers are committed to rural homes,” Sweet says. “Some people outside the state think of New York, and they think of the ‘City’ (Manhattan), but in reality this state is pretty rural.”

To help boost this trend toward propane in the state, NYPGA offers an appliance rebate program that promotes heaters, furnaces, boilers, and water heaters. With the help of PERC, the association offers rebates. It budgeted $90,000 for rebates last year, and that was spent by August. In 2019 the association budgeted more than $130,000 for appliance rebates. With the help of NYPGA member company Warm Thoughts Communications, it sent out 120,000 mailers promoting these appliances in 2017 and nearly 200,000 in 2018. —Steve Relyea