Irish Propane: How a Strong Team Stems From Strong Leadership

Laurie Irish-Jones is no stranger to doing everything with her four sisters. She spent much of her free time as a child figure skating with them. Though they all skated at different levels, it was an activity they enjoyed together. Every morning before school, they would spend a couple of hours at the rink, and when the weekends hit, they would find themselves back there again. From a childhood of group activities to an adulthood in which the family has lived on the same street and spends holidays and vacations together, it’s no wonder Irish Propane is now led by the same team of sisters (their 93-year-old mother, Marcia Irish, is chairman of the board to boot). But that wasn’t always the plan.

“When we were growing up, it was all about education,” said Irish-Jones. “You know, pick an education, a career, be independent — probably because we were five daughters. [Our parents] never envisioned us coming into the business. They thought we would have our own careers. And it turned out that all five of us at one point came back to the business.”

Three of the sisters lead the company today — Irish-Jones as chief executive officer, Pam Irish as chief operating officer and Vicky Wasson as chief information officer. Holly Irish recently retired but was previously the head of human resources. Their father, Bob, and Marcia built the business, and when Bob passed away in 2005, the sisters inherited the leadership of Irish Propane.

Though their childhood had the typical arguments you might expect among siblings, transitioning into leading Irish Propane was easy.

“Even though we disagree, we still have the mission of ‘What does this company need to have done and what does it need to look like?’” she said. “It was all about ‘How do we work together? How do we strategically align? How do we make this company keep going forward?’ And it was never about, well, my position trumps yours or anything like that. We’ve been very, very lucky that it works like it works.” 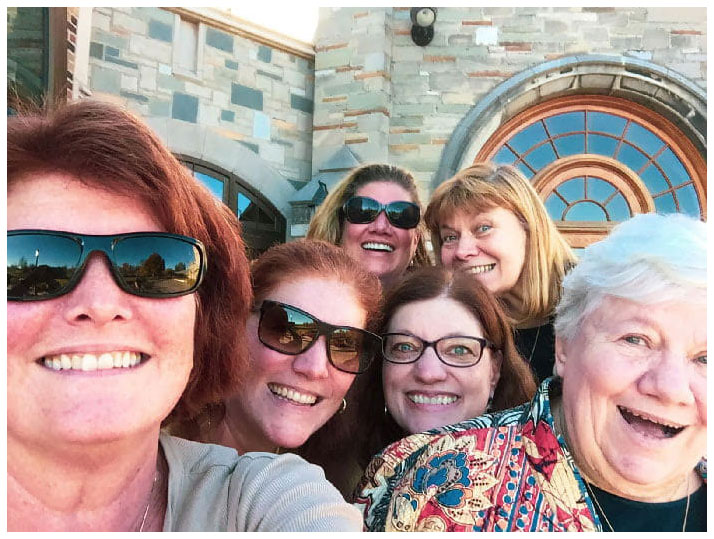 Each member of the Irish family brings their own talents and perspectives to Irish Propane. Leading a company with close family members hasn’t come without its challenges, but Irish-Jones sees it as a boon.

“If you have different visions of what you think you should be doing and how you work through that to get to an end where you can take some action, that’s always been the challenge. But as long as you can navigate that, I kind of welcome it. Because if we all had the same opinion, it would be kind of boring. And believe me, we have strong opinions.”

Most importantly, Irish-Jones believes the best part of leading with her sisters is having people she can depend on. She knows her sisters have the best interests of the company at heart and she can trust them to do what needs to be done to keep those interests at the forefront.

Growing up around their father’s propane business could have made for a difficult transition when the Irish sisters inherited the company. The years they spent around the business as the company leader’s daughters meant calling his employees “Mr.” or “Mrs.” and basically being raised around them.

When company leadership shifted to the Irish sisters upon their father’s passing, suddenly, they weren’t the little kids anymore. According to Irish-Jones, the transition only succeeded through mutual respect.

“It becomes a relationship that is more equal. Certainly, the employees have always been at the first and foremost of our thoughts, because — obviously — without them, we’re not going to get anything done or be able to stay in business.”

One of Irish-Jones’ favorite parts of leading Irish Propane is developing the people. With a great management crew in place, she enjoys seeing what they develop. Irish-Jones sees that development as a top-down structure.

“It starts with us, and then it trickles down to how you treat the employees and how you communicate with them,” she said.

Communication is Irish-Jones’ No. 1 priority. “People can’t read your mind,” she said, “and a lot of times, you can think that people know something, or you think they think something, and you could be way off the mark. So, communication and actually being honest enough to say what you’re thinking is really important [for your business] to stay healthy.”

The Value of Employees

Employees are the bread and butter of every company, and Irish Propane is no different. Irish-Jones desires to be a role model for what she wants her employees to be, and that includes developing relationships with them in which she understands where they come from and what they expect and vice versa.

“That’s always in development, and people change. Things happen to people during their lives. I watch when they have kids, I watch this pandemic with childcare, I watch with people getting sick,” Irish-Jones said. “We always say family is first, and it’s true. Because if they’re OK with their family, then they can come to work and they can give you their all. But if things are going on in the background, sometimes you’ve got to search that out.”

Irish-Jones believes a management team owes it to employees to try to help them out when they are dealing with difficult situations in their personal lives.

“No one gets through this life just, ‘Oh, everything’s good! Just sailing right through!’ You know? People have their ups and downs,” she said. “And I would say that probably has been one of our biggest strengths, is an open-door policy. Come in and tell me if you have a problem. I can’t help you if I don’t know about it. But come in and talk and tell us about it so that we can help.”

Every Decade Has Its Challenges

The propane industry has faced many challenges over the years. From natural gas versus propane to propane versus electric, Irish-Jones sees every decade as having its challenges for the industry.

“We knew five years ago that the baby boomers — a lot of them were truck drivers — were going to all retire at the same time. So, we knew that shortage was coming. Well, add the pandemic to it, which probably made a lot of people retire earlier, and now [there’s] a shortage everywhere. It’s like everybody is scrambling to find their workforce,” Irish-Jones said.

How do you attract people and keep them? That’s the question Irish-Jones knows all industry leaders must keep in mind while facing a pandemic-induced workforce shortage. She’s seen it before and knows the industry will see it again; but in unprecedented times when everyone is trying to fill their workforce, that’s the challenge to be met.

In addition to workforce challenges, employee safety is a top priority for a leader, according to Irish-Jones. She’s a firm believer that you can never be too safe, and it must be a No. 1 priority.

“It’s just the awareness that you have to not only protect yourself, but that you have to protect everybody else along with you,” she said. “That’s everything from your pre-inspection checklist to your post-inspection checklist to how you drive to how you unload — all of that. I just don’t think you could emphasize it too much. It’s got to be a constant reminder and focus, that this is what’s going to make us OK and you OK.”

How do Irish-Jones and her sisters meet these challenges at Irish Propane?

“[You] take an employee at an entry level and then have an opportunity to train them to be what they want to be,” she said. “They say, ‘I want to be a driver.’ Well, let us first train you on what we do and then let’s work with you on being a driver. And I think once the unemployment stops, hopefully there will be a bit of a rush to get back to the work environment. That may be our opportunity to seize people. Because in the long run, people need careers. So, you’ve just got to be really resourceful to keep reaching out.”

A Father’s Legacy for a Bright Future 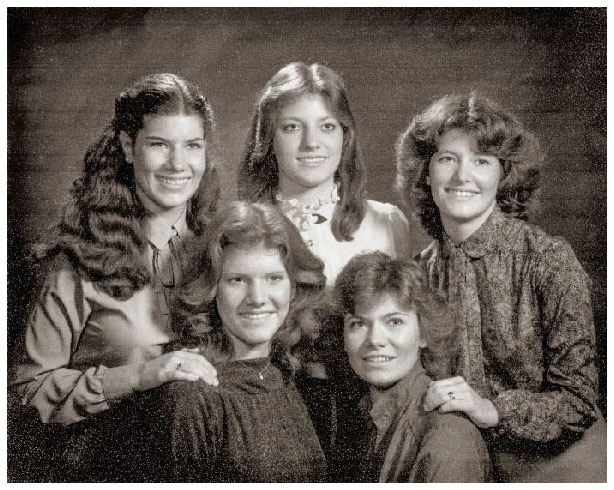 Bob and Marcia Irish didn’t envision their daughters working for Irish Propane. In their minds, their daughters would get their educations and follow their own careers. And while all of the sisters did get their educations and follow different paths, they all came back to the business at different points. Now, with three of the five sisters leading Irish Propane, their father’s legacy lives on.

“My dad was an awesome mentor,” said Irish-Jones. “He would teach and take you anywhere to learn what he was doing, including everybody in meetings. [He] just wanted to share the knowledge. He did a really good job of making sure we knew what we needed to do.”

When their father passed away in 2005, there was no way to lessen the devastating hit the entire family took. But amid losing a parent, it was a comfort to know the transition to the sisters taking over the company would be fairly seamless. Their father made sure of that.

“He was a total visionary; so was my mom. He had everything set. He knew how he wanted things set up. He had it all figured out,” said Irish-Jones. “So, I always say that, as hard as it is when you lose a parent, just to have that taken care of was a huge relief, because we didn’t have to worry about that. We all knew our roles and knew that the one thing he wanted was us to carry on.”

From company and customer growth to a future leader who has the passion and dedication to do the job, Irish-Jones plans for the company her family built to thrive long into the future. “I want to see it go on. I think there will be a place for propane in the future,” she said. “I think that we just have to be aware of how much it’s changing and what impact that’s going to have on us. But I think that it’ll always have a place in our market. And we just have to be stewards of that.”

Jessica Graham is the associate editor of Butane-Propane News.

Verbatim
Propane Leaders Answer: You’re Given One Wish, But You Cannot Use It on Yourself — What Would You Wish For?
Respondents yearn for a peaceful & harmonious world in Nancy Coop’s latest column
Public Policy
The Effects of the Inflation Reduction Act on Propane
How this climate change bill can both help & hurt the industry over time
Strategy
Key Leadership Styles & the Outcomes You Can Expect From Them
Understanding employee engagement & how to reduce turnover
Strategy
6 Tips for Maintaining Growth & Profitability If You're Not Looking to Sell
Advice for the propane business owner who isn’t looking to exit
Strategy
Using Supply Lessons Learned to Prep for the Upcoming Busy Season
The Global Gas strategy for ensuring supply this winter in the wake of domestic & global events