Marijuana and Its Insurance Implications Skip to main content

Marijuana and Its Insurance Implications

Frank Thompson
Wednesday, August 30, 2017
(August 2017) The voice on the other end of the phone sounded frustrated: “Frank, what is the level of marijuana that a propane driver can have in their system at the time of a drug test and still drive?” My answer — zero tolerance. He went on to say that he had tried to hire a CDL/Hazmat driver and had 32 applicants all fail their drug test. 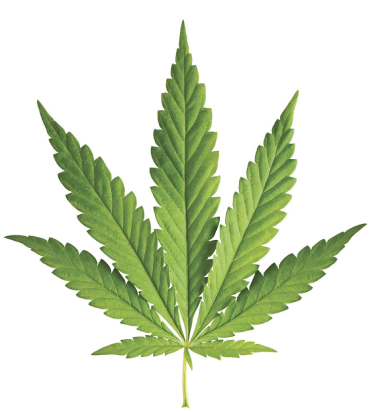 There isn’t a week that goes by without a marketer calling to ask for advice about prescription drugs or medical marijuana. How do drugs affect my insurance coverage, especially my auto liability, my general liability, my employment practices liability policy, and my workers compensation?

It’s at this juncture that we point out that we are not attorneys, but insurance agents, and we can only tell marketers what their insurance policy says—and what might happen. We can provide some statistics as well that show how seriously drug use can affect their businesses.

The use of medical marijuana in those states that allow its use—and some states that have legalized marijuana for recreational use—raise legal and safety issues for propane marketers because of slowed reaction time.

After Washington state legalized medical marijuana in December 2012, the AAA Foundation for Traffic Safety found that fatal crashes involving drivers who recently used marijuana more than doubled between 2013 and 2014.

Statistics are also showing that as marijuana use increases in the 28 states where its medical use is legal, more and more impaired drivers are mixing alcohol with drugs. This is causing the definition of “impaired” to change to “being under the influence,” which includes the use of prescription drugs and marijuana.

Frequently we are hearing that, following a deadly highway accident where the CDL driver was “under the influence” of drugs, including marijuana, the driver is being charged with second-degree murder.

The potential legal actions that may result from the use of marijuana and other drugs presents the marketer with a whole new set of problems. Why did you let them drive? Are you complicit in the accident? Who is going to defend your employee? Who is paying the defense costs? Will workers compensation pay for his injuries and any lost-time wages? What about employee benefits? Will my insurance cover the claim and/or provide my company with defense costs?

Before we go on, marketers are faced with another dilemma. Which rules apply — various state statutes, or federal statutes? There is only one answer: the federal statutes. The Federal Motor Carrier Act trumps state law regarding medical marijuana or recreational drugs, and the insurance industry is counting on your company to follow federal guidelines for drivers and your workplace.

“Marijuana is a defined, controlled substance under federal law,” a Schedule I illegal drug under the federal Controlled Substance Act with a ‘high potential for abuse.’” says, Michael Johnson of the law firm of Brown Dean Proctor & Howell in Houston. “This puts marijuana in the same class as heroin and the opioid crisis sweeping our nation.”

What about the bobtail driver who announces that he has a newly issued state medical marijuana card? Can he still drive your company truck? Definitely NOT. The insurance implication is found in the applications that the business owner filled out for the insurance company in order to obtain the policy.

Several frequently asked questions on supplemental applications when marketers are looking for insurance coverage are:

• Is there a DOT-compliant drug and alcohol testing policy?

• Are drivers required to report all legal prescription drugs being taken?

If yes is the answer to all, the marketer is representing to the insurance company that his business is in compliance with the Federal Motor Carrier Safety Administration (FMCSA). FMCSA “requires that drivers take no medication which is likely to interfere with safe performance of duties and that your company is implementing a policy requiring all drivers to report all therapeutic medications being taken that appear on the DEA’s Schedules of Controlled Substances I, II, III, IV or V” (391.41 (b) (12).

Further, Part 382.213(c) states, “No employer having actual knowledge that a driver has used a controlled substance shall permit the driver to perform or continue to perform a safety-sensitive function.”

The marketer who allows an employee to drive, knowing that he or she is using a medication or a banned substance, and the employee has an accident, might face a reservation of rights letter from the insurance company. The policy wording of the Insurance Services Office, 2012 edition, states the following regarding what was stipulated to the insurance carrier:

a. The statements in the Declarations are accurate and complete:

b. Those statements are based upon representation you made to us: and

c. We have issued this policy in reliance upon your representations.”

Insurance companies are slowly reacting to the surge of states enacting legislation allowing the use of medical and/or recreational marijuana. Based on conversations with claims adjusters from several insurance companies, they are suggesting that accidents involving the use of marijuana or cannabis may fall under an exclusion in the policy that voids coverage for concealment, misrepresentation, or fraud due to the insurance company’s reliance on the marketer to adhere to compliance with FMCSA regulations.

How will my employment-related practices liability insurance (EPLI) respond if I find out one of my employees is using medical marijuana? I asked this question of a underwriter for a prominent provider of EPLI insurance. His response was to advise the owner to call the insurance company providing the coverage, ask to speak to an attorney on staff, outline concerns, and ask for advice on how to proceed. While many employment cases may be similar, each case may have nuances that require expert legal advice.

Non-driving employees using prescription drugs, including marijuana, make for a difficult situation, and one must proceed with expert legal advice. Employee attitudes may change, and performance may suffer. The goal is to keep a drug-free workplace.

Four states have initiated legislation that would deny workers compensation benefits to employees injured while using marijuana or other prescription drugs. Insurance companies are slowly becoming aware of the increased costs that drug use of all kinds is doing to their bottom lines, and will react with specific exclusions and increased cost.

The bottom line to the propane marketer is that it is harder and more expensive to do business in today’s society than in past years, and the marketer needs to be aware and active in all facets of the business.

We strongly recommend that every propane marketer buy employment practices liability insurance from a company that specializes in this coverage, rather than from the same company that writes the package policy. The reason is that if employment-related problems arise, you will need expert legal advice that the specialty companies provide. And with the average cost of an EPLI claim to be $44,000, a claim could increase your property and casualty premiums if the coverage is included in the package policy.

Written by Frank B. Thompson, a chartered property and casualty underwriter based in Phoenix. Thompson is the owner of PT Risk Management, an independent insurance company specializing in writing propane and petroleum risk policies throughout the U.S. (Published in the August 2017 issue of BPN magazine)

Insurance
Rising Insurance Premiums Affect Propane Marketers Across the Board
Why even the most safety-compliant marketers are seeing their rates go up
Beyond the Mains
Recent Effects of Medical & Recreational Drug Use on the Propane Industry
One underwriter’s observations comparing state legalization of marijuana against the need for unimpaired drivers
Insurance
Why It's Imperative to Get Life Insurance Now
The importance of making sure you have adequate coverage before you think you need it
Insurance
How to Pick the Right Propane Insurance Agent & Best Policy
A guide to choosing coverage that serves as a signpost for your leadership team
Insurance
How Consistency Can Help Your Propane Company Succeed
Is your business the world’s best?