Going Beyond Lowering Emissions and Cost Skip to main content

Going Beyond Lowering Emissions and Cost

Switching to propane autogas has many benefits. The most notable ones are decreasing harmful emissions and fleet costs. As an alternative fuel, it is widely known that vehicles that run on propane emit fewer greenhouse gases, smog-producing hydrocarbons and particulate emissions than conventional fuels.

It is also known that propane autogas costs a lot less than diesel and gasoline and lowers vehicle maintenance costs. But what often gets overlooked is the deeper impact on human health, how safe and reliable propane vehicles are, and their creation of energy security for the United States.

When a fleet uses propane vehicles, they are investing in the health of its drivers and the communities in which they drive. Propane vehicles lower the amount of nitrogen oxides emitted into the air. By reducing nitrogen oxides, fleets are preventing health problems, such as asthma, bronchitis and other respiratory issues. Additionally, propane vehicles do away with strong-smelling fumes.

“We’re reaping the benefits of [our propane-fueled paratransit buses] on a daily basis,” said Keith Taylor, director of maintenance for Michigan’s Suburban Mobility Authority for Regional Transportation. “Not only were we interested in the cost savings of the fuel and lower maintenance costs, we also wanted to help make a [positive] impact on the environment with clean-burning propane autogas.”

Built with Safety in Mind

Propane vehicles are not only clean, but they are also safe. Propane autogas is a nontoxic, noncarcinogenic and noncorrosive fuel classified as a noncontainment by the Environmental Protection Agency. Fuel tanks, which are constructed from carbon steel in compliance with the American Society of Mechanical Engineers, are 20 times more puncture-resistant than gasoline or diesel tanks. And unlike those other fuel options, propane is part of a close-looped system, meaning the fuel is never exposed to air and won’t spill. Some propane fuel systems are also designed with a thermal management feature. With such systems, when it is exposed to extreme heat due to an accident or another cause, it adjusts to a vent cycle to manage pressure and prevent tank integrity from being compromised.

Another safety feature is their quieter ride. Vehicles fueled by propane autogas reduce noise levels by about 50% when compared to diesel. A less noisy ride aids in the safety of a myriad of people, such as drivers and passengers, who can better monitor their surroundings as a result of the noise reduction.

“Kansas City is a progressive, tech-focused city, and we are always looking to provide outstanding service for our students,” said Chris Walls, director of transportation for Missouri’s Kansas City Public Schools. “In addition to reducing emissions, the propane school buses are much quieter. That means the driver can hear and communicate better with the students on board. Plus, the local neighborhood will no longer have to deal with our former, noisy, diesel bus warmups at 4 a.m.” 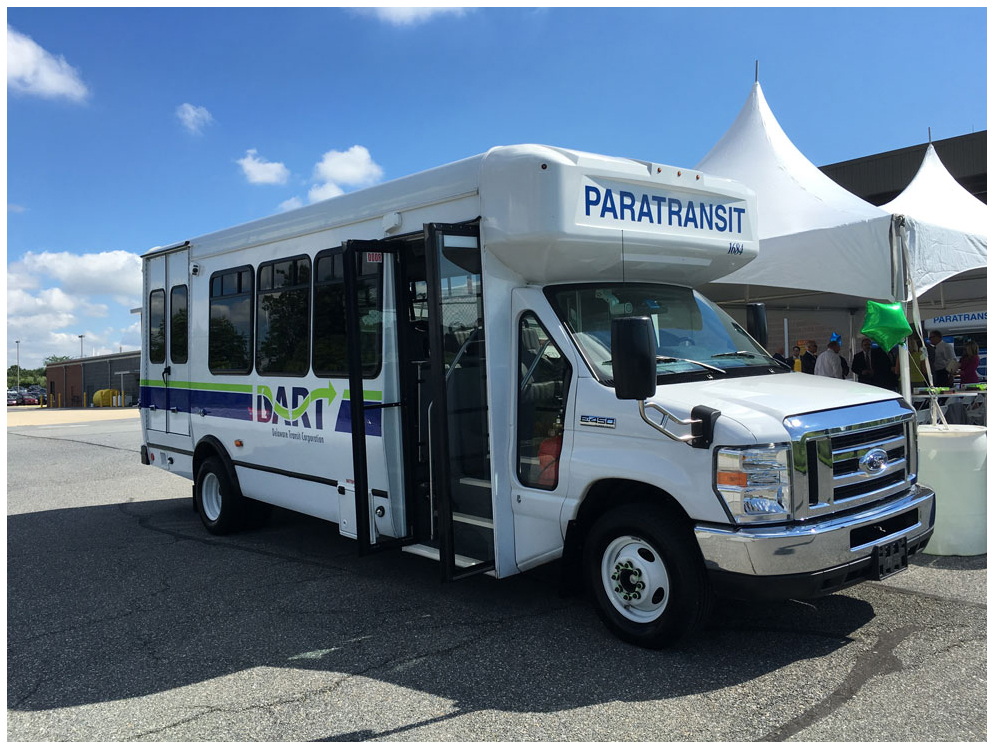 Weather does not impact how autogas vehicles run. They start up and operate reliably in all weather conditions, from the hottest days to temperatures as cold as -40 degrees Fahrenheit or sometimes lower. This saves time and money for vehicle operators.

“We’ve seen a significant reduction in engine-related problems,” said Richard Walters, fleet and contract operations director of the Delaware Transit Corporation, which operates a fleet of hundreds of propane-fueled Ford E-450s. “Overall performance of the vehicles is greater, and we have experienced far fewer engine-related breakdowns.”
With a propane vehicle, there is no need for the components required for diesel models, such as additional fluids or filters; exhaust after-treatment or diesel emissions fluids; and particulate trap systems, turbochargers and intercoolers, which all add up quickly in both cost and time. In addition, standard diagnostic equipment can be used to service propane autogas vehicles.

Anthony Jackson, director of transportation, Bibb County School District in Macon, Georgia, echoed maintenance praise. “The maintenance and repair parts for propane aren’t as heavy, making them less cumbersome,” he said. “Plus, the engine is clean. It’s not covered with grease and grime like diesel engines often are.”

Energy Security and a Strong Infrastructure

When a fleet uses propane, it is relying on an established fuel system, providing security for its business. Right now, there are more than 27 million propane vehicles across the globe. About 200,000 of them are in the U.S. The nation has thousands of public fueling stations. Furthermore, many fleets choose to build on-site propane fueling, due to the economics. At 8 to 10 gallons per minute, fueling with propane autogas is comparable to gas and diesel fueling.
“With a propane fueling infrastructure, propane is the most cost-effective alt-fuel system,” said Paul Strobis, director of paratransit, Broward County Transit. “Over the last five years, we’ve consumed 7.2 million gallons of propane in our fleet and saved $5.2 million in fuel costs alone compared with gasoline. Add in the alt-fuel credits, and we saved $8.2 million.” 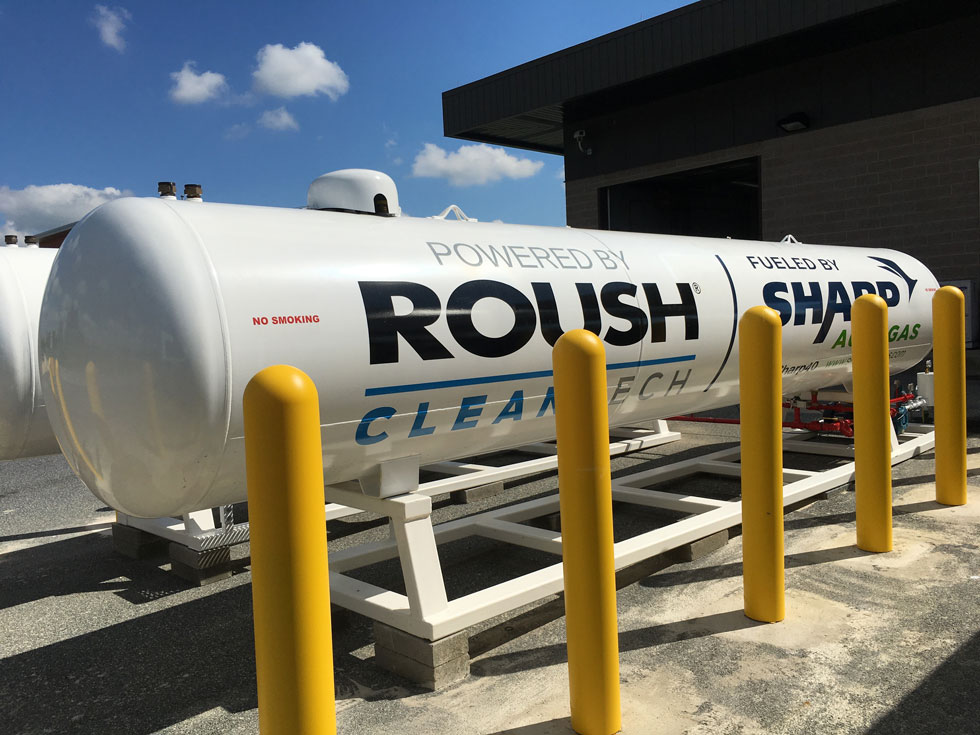 Propane vehicles offer layered benefits that better the communities where they operate. In addition to reduced costs and fewer emissions, they can help improve human health, provide a safe ride for drivers and riders and deliver energy security for fleet operators.

Todd Mouw is president of ROUSH CleanTech, which specializes in clean transportation solutions. Mouw has more than two decades of experience in the automotive and high-tech industries. As former president of the NTEA Green Truck Association, Mouw helped set standards in the green trucking industry. Visit roushcleantech.com.

Restructured, renewed and ready for what lies ahead