Twenty years ago, on October 11, 1996, with the swipe of a pen President Bill Clinton signed into law legislation authorizing the national Propane Education and Research Council (PERC). This capped an impressive, three-year bipartisan grass-roots effort that made many members of Congress aware of the propane industry for the first time. 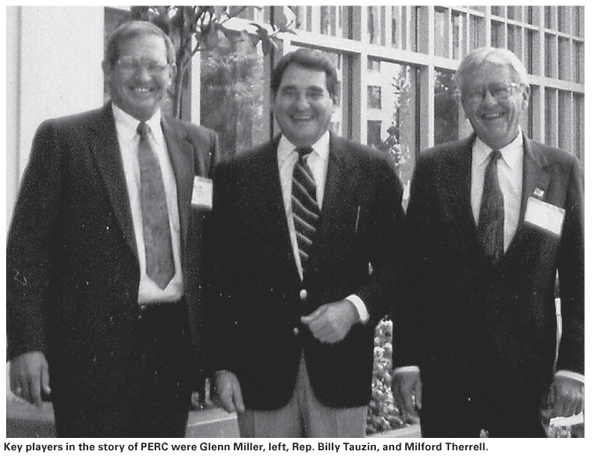 However, PERC was nothing new to the staff of BPN. Going back another five years to 1991, my dad, Bill Clark, was discussing the possibility of this check-off program in BPN’s Beyond the Mains editorial column. Working with his good friends Milford Therrell and Glenn Miller, he used his pen (typewriter) to extoll the benefits of the program to BPN readers and the propane industry.

Milford, the best of the industry’s “Bubbas,” was intent on this mission. He had seen the benefits of the check-off program for the pork and other agriculture industries. He called the BPN office almost daily with an update on the progress of the program. If my dad wasn’t here, he would talk to me—he wanted to make sure that the industry was involved, letters were written, calls were being made, so that there was no lack of momentum in the process. That the word went out to BPN readers.

I was privy to the ups and downs of shepherding this program to fruition. It was an exciting time. From 1991 until the end of this chapter of PERC in October 1996, I witnessed from the sidelines a time that brought our industry together.

And just as it has been for the past 20 years, in that first chapter it was the people who made the difference. Without Milford Therrell (the Father of PERC) and Glenn Miller; Rep. Billy Tauzin and Sen. Pete Domenici; NPGA staffers Lisa Bontempo, Rick Roldan, and Dan Myers, among others; members of NPGA; and the mighty pen of Bill Clark, possibly there would never have been a PERC Chapter Two. 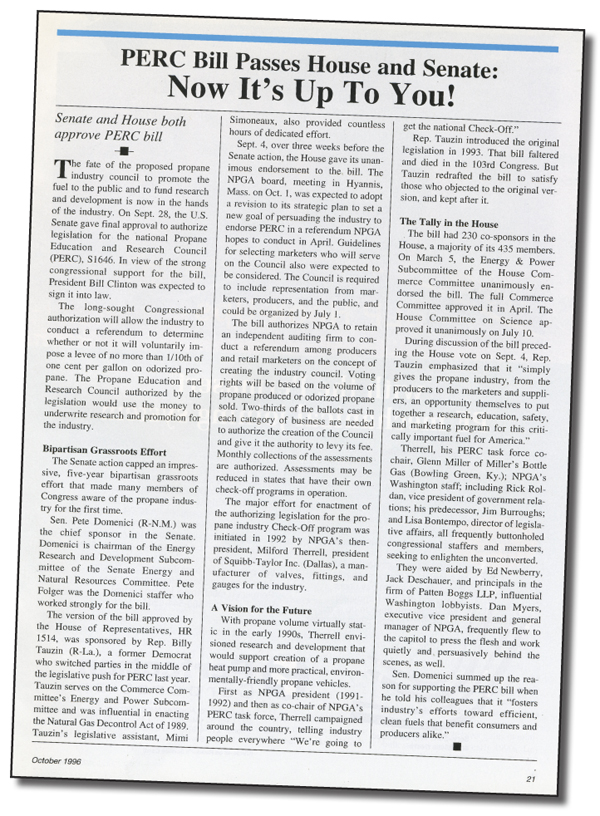